Let me do a spot of scene setting… We are a family of 4, well 5 if you count the cat! Richard (Daddy), Manda (me, Mummy), Jessica and Jack (15 month old twins, Jack has Downs Syndrome). I thought I would tell you about the week we have had. I knew it was going to be a bad one when our boiler packed up (leak and hot water not working) last Friday. Luckily we have a British Gas service plan so called them out – couldn’t fix it till Monday, so we moved in with my parents for a few nights! Then the double buggy broke, so you get the gist of where I am going with this! 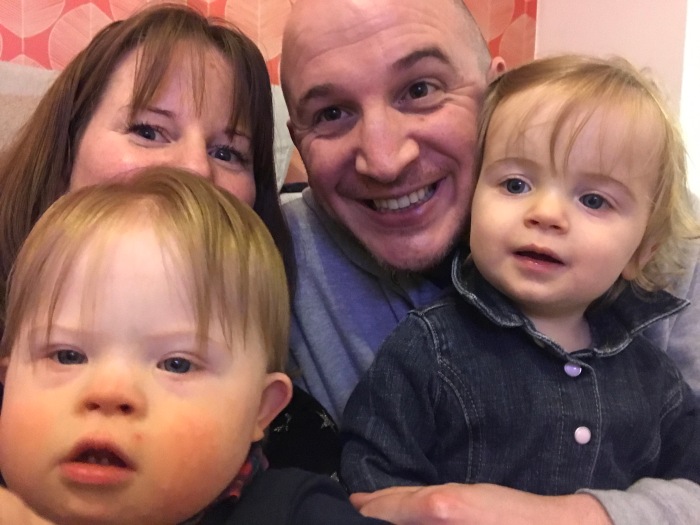 On the Saturday Jessica woke up full of cold, sore throat and feeling very sorry for herself. Poor little snot monster! I also didn’t feel too good, so Jessica and I had a duvet day. Immediately I started to worry about Jack. Ever since birth he has had issues with his breathing when he gets a cold and has been in and out of hospital with bouts of bronchiolitis (which I know isn’t a major health issue, but for us generally means a stay in hospital and juggling Jessica and who looks after her). I could see Jessica was really struggling with her cold and knew it would mean Jack would have a real problem if he caught it. He has been so, so well over this winter too – looking really bright and strong, I was dreading it. By Monday I felt worse (lost my voice and had a very sore throat, good for the diet though as didn’t fancy eating anything!) and Jessica was still full of the cold. I went off to work and left the twins at my Mums. She normally has them on a Monday night anyway so I knew I could try to get a good night’s sleep and start to feel better. My Mum let me know that Jack had woken up full of the dreaded cold. She knew what signs to look for if he struggled to breathe properly so I felt comfortable she would look after him well and I could try and get me better. She bought them back on the Tuesday and Jack was really starting to struggle, snotty, coughing and not looking his best. But he was still eating well – always a good sign! The heating was back on, but no hot water!

Jack had a physio appointment on Wednesday and I was desperate for him to feel a bit better so we could show off his crawling and standing up. At the previous appointment he was just commando crawling, pulling himself along, but now he was on all fours and quick with it! We had also been invited to go along to a Portage session. Jack is on the wait list for Portage, so I really wanted us to show our faces! I still felt rotten on Wednesday but we got it together and popped to the Portage session. It was brilliant! Lots of play time and we got to see Joe there too. We met Joe and his family at a PSDS meeting so it was lovely to see them again. Jack wasn’t really enthusiastic about the session, Jessica had lots of fun though! She was definitely feeling better!

We just managed to get home in time for the physio! Jack showed her his new moves and she was suitably impressed with him – I was full of pride. She booked in for another appointment in 4 weeks and said she wouldn’t be surprised if Jack is walking by then! I can’t tell you how proud I am of him and how well he is doing. Jessica has been walking for a while now, I can’t help but compare the two of them even though we all know every child develops at different rates. To imagine Jack walking too fills me with mixed emotions – dread that wherever I go I will have two of them running off, no doubt in different directions. And huge pride that he will be up and running. Gas man came again and still couldn’t figure out the issue with the water! He would send a plumber on Thursday as he thought it might be a water pressure issue. Grrrrrrr!

Thursday came and we were still without hot water! Jack took a turn for the worse and his breathing became very quick and he was clearly struggling with it. I rang the Child Assessment Unit (CAU) at East Surrey. Jack has a passport to the unit, which means that we are able to go there at any time without referral from a doctor. They said to bring him in to be assessed. My mum rushed up to look after Jessica for the day and to be there to let the plumber in! Off Jack and I went to hospital. I took supplies as knew we were likely to be there for a good few hours, if not the night. His sats were good, slight temperature, but breathing at a rate of 60 breaths a minute (should be around 30-40). The doctor then assessed him and could hear a wheeze on his chest – which I had suspected. They gave him 10 puffs on an inhaler and said we needed to wait an hour to see how he reacted to it. Well, it didn’t do too much for him so they decided to give him a nebuliser. He managed a bit of lunch after that and seemed to perk up a bit and his breathing eased. They suctioned out his nose and it really bled when they did it, but did manage to get a lot of snot out, which would help his breathing too. After 8 hours there they were happy for us to go home. I was relieved we didn’t have to stay in the night. We went home with the inhaler and instructions to give it to him every 4 hours and then start to wean him off it by reducing the amount of puffs he had. It had started to really snow, so took us ages to get home and what do I get back to? Still no hot water! 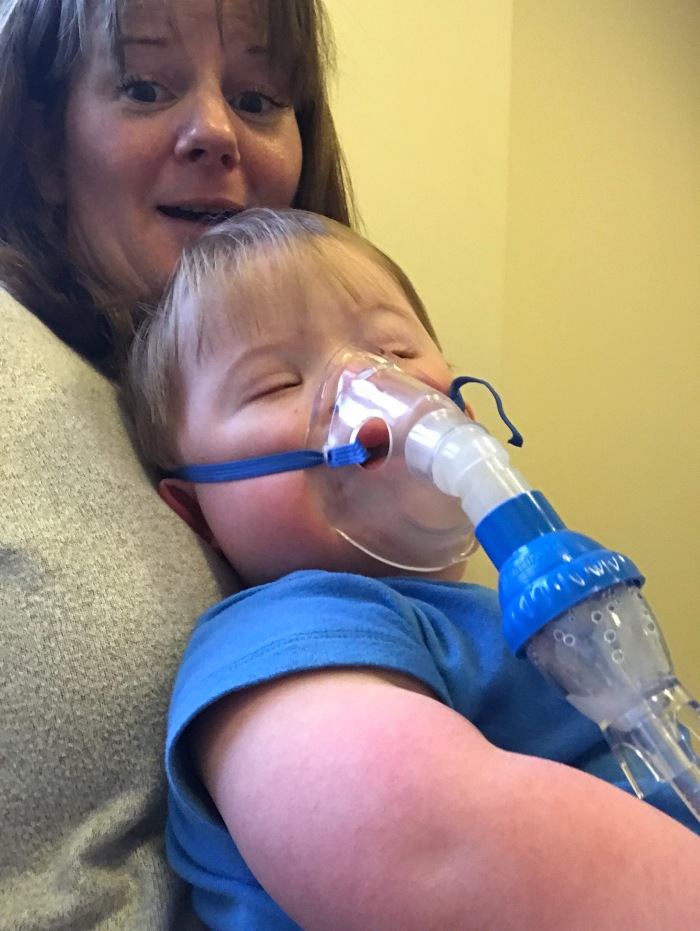 On Friday Jack went downhill again. He was very lethargic and vacant. We waited to give him some lunch, which he refused (very unlike him) and I decided that he should go back to hospital again, rang CAU and they agreed he should be seen again. This time Richard took him and I stayed at home with Jessica. His breathing rate was back up in the 60’s again… They monitored him and after having his inhaler and after a few hours were happy he came home again. His breathing rate had gone down to 35 per minute, excellent work Jack! Gas man came whilst Jack and Richard were at the hospital and said he needed to get a new circuit board for the boiler – still no hot water!

By Saturday Jack seemed so much better – still wasn’t eating much but had a bit and perked up as he wanted to play and crawl around. Thank goodness! Gas man came early and got the water hot again! Today was a good day! What a week we had! But finally things were on the up for the Grovers! Huge credit to the team at CAU in East Surrey, what an amazing team they are. Always happy to see Jack and give him lots of cuddles as well as getting him better. Good report from the physio and we managed to get a taste of what is to come with Portage. Ticks all round in the end!

Next week is a quieter week and hopefully nothing else breaks down on us! 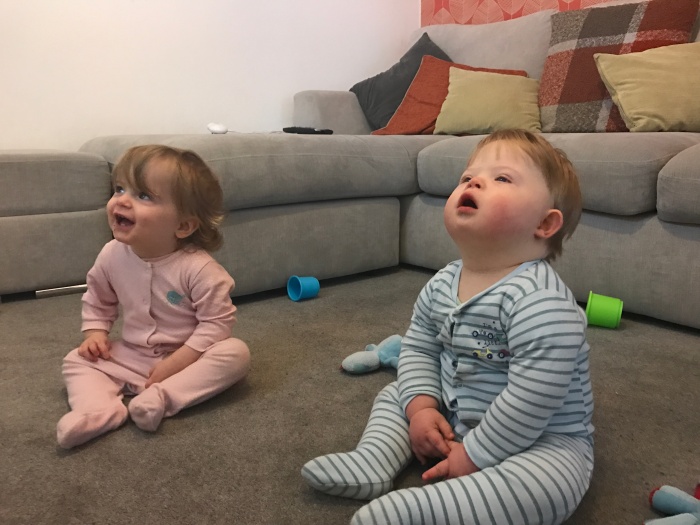