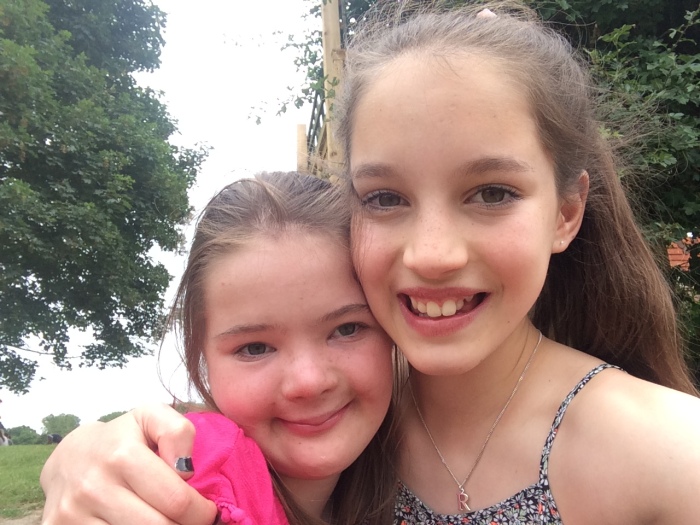 My name is Rowan. I’m nearly 14. I live with my parents, two cats and my sister Thea.

Thea is 2 years younger than me and we both love Taylor Swift, Little Mix and lots of other music (Thea is a BIG 1Direction fan but I’m not). We love going to Costa, bowling, having sleepovers in my room (or in the tent) and we also like going swimming. We love Pizza Express and a café called Rialto because it has bubblegum flavour ice-cream. But our favourite food is Thai – dim sum is our favourite but Thea likes rice and I don’t. 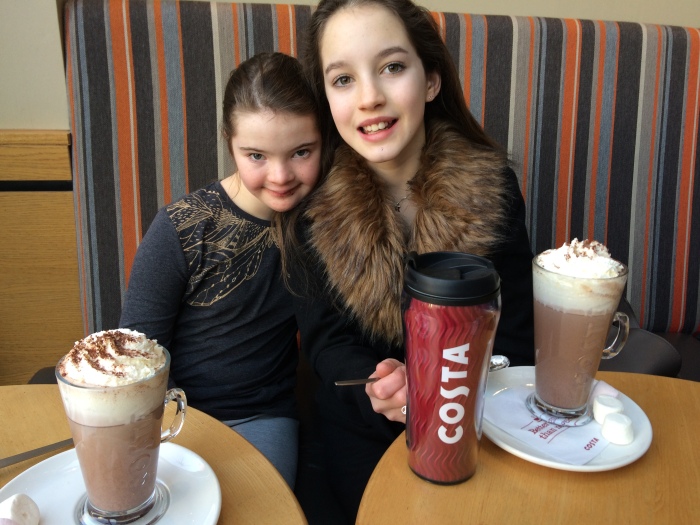 We like going to Spain on holiday because we love showing off our skills in the pool, going to the beach and eating out with mum and dad.

I like more sports than Thea, but she is mad on gym, dance and drama. She’s got some moves! Sometimes it’s a full disco in our house with flashing lights and Thea is the DJ – and that is sometimes my Sunday morning alarm call.

We do argue and get on each other’s nerves. Thea can be really annoying when she plays the same song over and over again on her i-pad. All in all I like hanging out with Thea. She’s got a wicked sense of humour, a mad laugh and a really amazing memory. 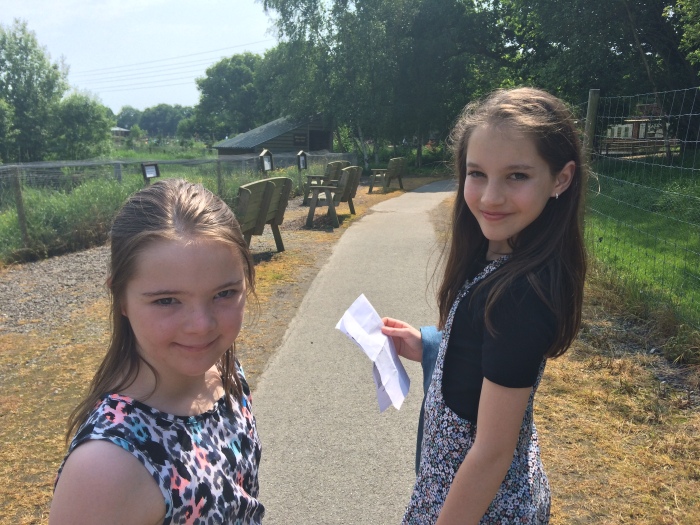 Thea finds maths quite hard, but she likes having a tutor on Saturdays because she gets chocolate as a reward.

Oh and by the way…Thea has Down syndrome. I don’t think it’s a really big deal and she doesn’t either.

Having Down syndrome doesn’t change Thea, it’s just part of who she is. I think she is pretty cool because she has to work hard at some things. She is my role model. Things that I find easy aren’t easy for Thea, but she doesn’t let that get in her way. Last year she couldn’t score a goal in netball but now she can and she’s always on my team when we take on mum and dad. 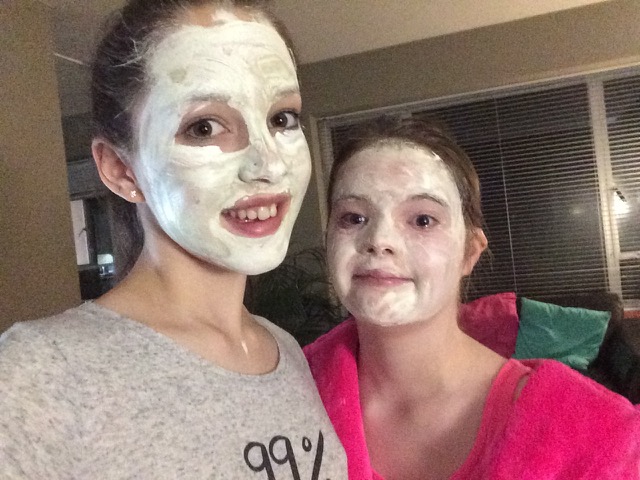 What bothers me about Down syndrome is what other people think they know. Or when they use it to criticise someone or put them down or make them feel stupid. They have no idea what Down syndrome means. I’ve heard people say things like “You are such a Downie!” and it makes me feel upset. They don’t know anyone with Down syndrome or what it means to have Down syndrome – they just use it as an insult and think they are being cool. But they are not. 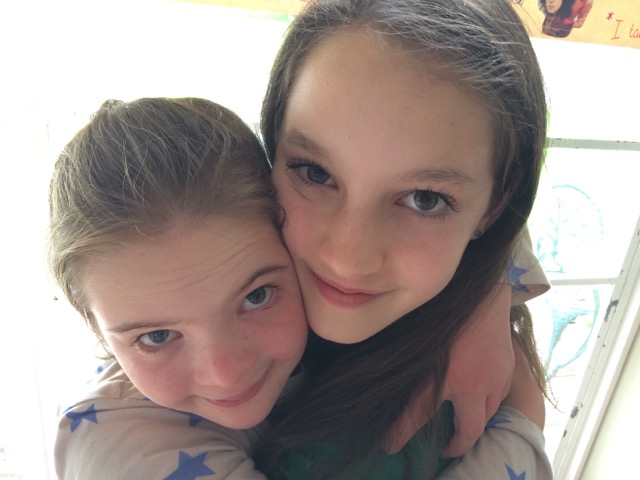 If I could make them understand what Down syndrome is, I’d say “it’s only an extra chromosome and people with Down syndrome aren’t different to you or me.”

Having Thea as my sister sometimes makes me feel emotional when I hear people saying stupid things. But it also makes me understand and care about other people too. I’m proud to have Thea as my sister and my friends think she is amazing (even though she annoys them too sometimes! 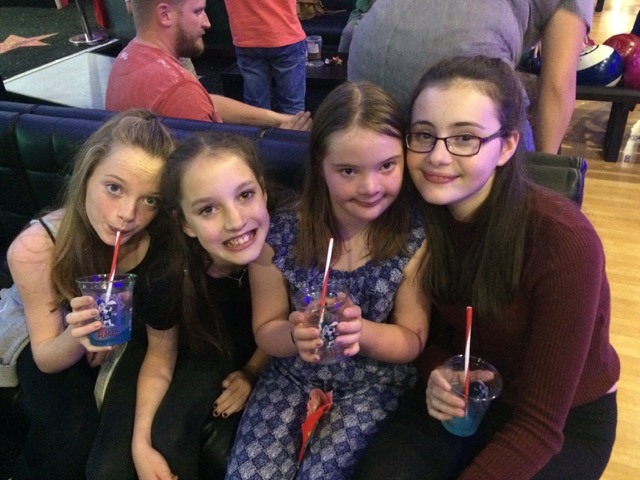